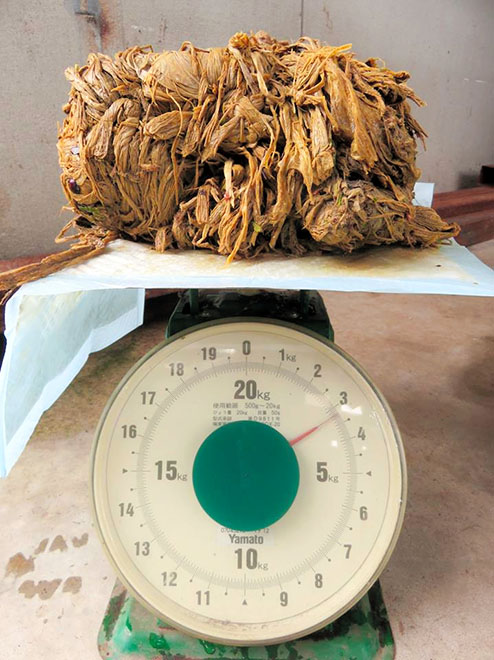 A deer died in Nara in late March apparently from eating discarded plastic bags, according to the Nara Deer Preservation Foundation.

The group rushed to help save the doe on March 23, after receiving a call from a passer-by saying, “There’s a deer near Todaiji temple that cannot stand.”

Deer, believed to be divine messengers, are designated by the government as a natural treasure and roam freely near the temple.

The female, estimated to be 17 years old, measured about 79 centimeters long and weighed about 30 kilograms.

She was feeding and able to consume a little water on March 23 while under the foundation’s care, but died the next morning.

An autopsy on March 27 found a 3.2-kg mass of foreign materials in the first chamber of her stomach, apparently consisting of entangled plastic bags. Deer have a four-chambered stomach.

“Sometimes, garbage is found in the stomach of a weakened deer. However, it’s unusual to see such a large amount of it,” said Rie Maruko, 50, the veterinarian in charge of the autopsy.

“The deer was old, and it is possible she died of old age. But she was skinny and her fur was dull. Apparently, she couldn’t take in enough nutrition because her stomach was blocked by the plastic bags.”

The foundation is investigating the doe’s cause of death further and has asked a specialized institution to conduct a pathology examination of her internal organs.