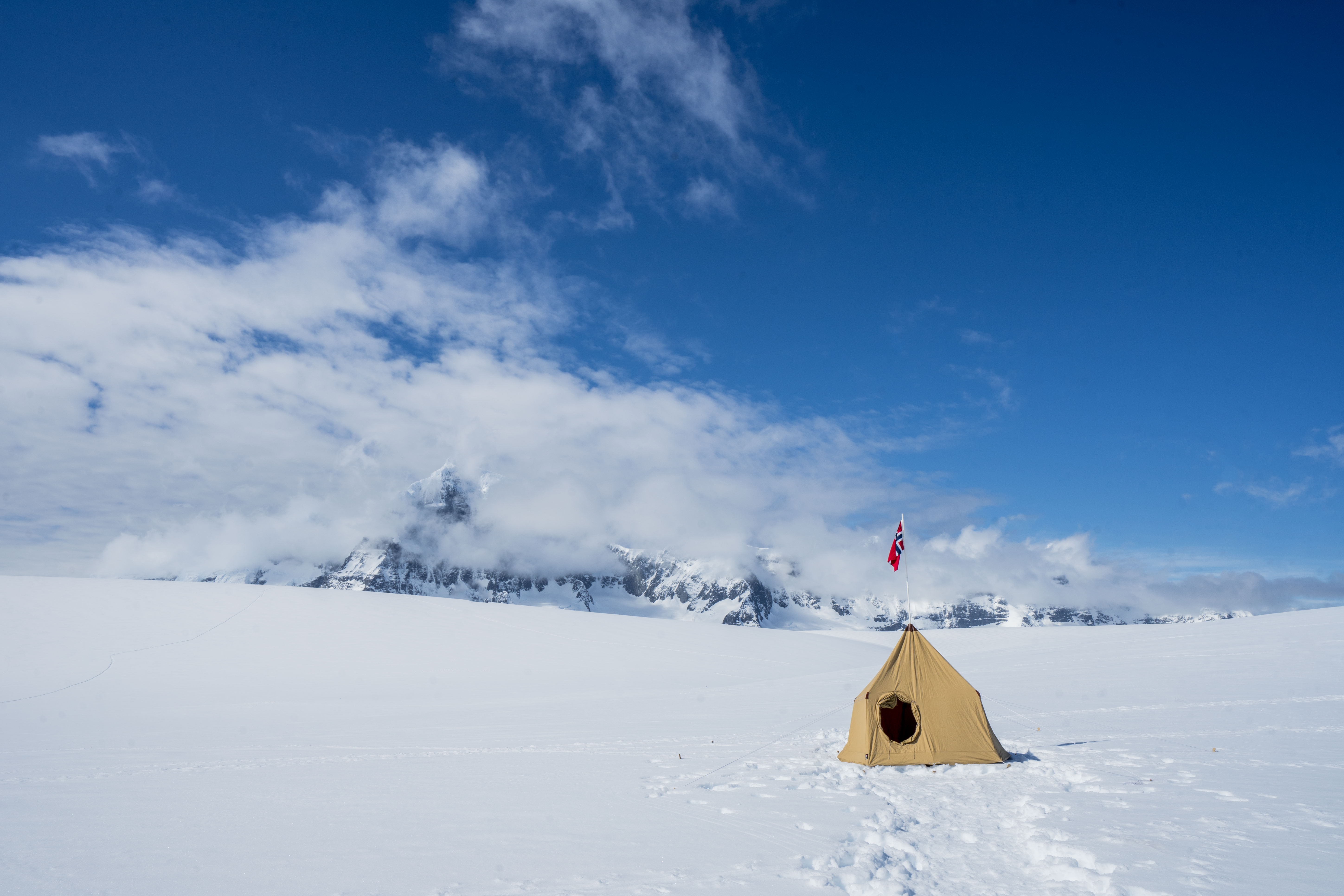 南极两处升到最高气温 Antarctica logs hottest temperature on record with a reading of 18.3C

阿根廷的两个南极考察站分别录得两项自1961年有记录以来南极最高的气温纪录。Argentinian research station logged the hottest temperature in Antarctica since 1961.

Antarctica has logged its hottest temperature on record, with an Argentinian research station thermometer reading 18.3C, beating the previous record by 0.8C.

The reading, taken at Esperanza on the northern tip of the continent’s peninsula, beats Antarctica’s previous record of 17.5C, set in March 2015.

A tweet from Argentina’s meteorological agency on Friday revealed the record. The station’s data goes back to 1961.

Antarctica’s peninsula – the area that points towards South America – is one of the fastest warming places on earth, heating by almost 3C over the past 50 years, according to the World Meteorological Organization. Almost all the region’s glaciers are melting.

Prof James Renwick, a climate scientist at Victoria University of Wellington, was a member of an ad-hoc World Meteorological Organization committee that has verified previous records in Antarctica.

He told Guardian Australia it was likely the committee would be reconvened to check the new Esperanza record.

He said: “Of course the record does need to be checked, but pending those checks, it’s a perfectly valid record and that [temperature] station is well maintained.”

“The reading is impressive as it’s only five years since the previous record was set and this is almost one degree centigrade higher. It’s a sign of the warming that has been happening there that’s much faster than the global average.”

“To have a new record set that quickly is surprising but who knows how long that will last? Possibly not that long at all.”

He said the temperature record at Esperanza was one of the longest-running on the whole continent.

Renwick said higher temperatures in the region tended to coincide with strong northwesterly winds moving down mountain slopes – a feature of the weather patterns around Esperanza in recent days.

He said there were complex weather patterns in the area, but the Esperanza reading was likely a combination of natural variability and background warming caused by rising levels of greenhouse gases in the atmosphere.

He said: “The reason the peninsula is warming faster than other places is a combination of natural variations and warming signals.”

Prof Nerilie Abram, a climate scientist at the Australian National University, has carried out research at James Ross Island at the northern tip of the peninsula.

“It’s an area that’s warming very quickly,” she said, adding it can occasionally be warm enough to wear a T-shirt.

Previous research from 2012 found the current rate of warming in the region was almost unprecedented over the past 2000 years.

Abram said: “Even small increases in warming can lead to large increases in the energy you have for melting the ice. The consequences are the collapse of the ice shelves along the peninsula.”

Meltwater can work its way through cracks in ice shelves, she said. Because ice shelves already float on the ocean, their collapse does not directly contribute to rising sea levels.

But Abram said the shelves acted as plugs, helping to keep the ice sheets behind them stable. Melting of ice sheets does contribute to rising sea levels because they are attached to land.

Dr Steve Rintoul, a leading oceanographer and Antarctic expert at CSIRO, said: “This is a record from only a single station, but it is in the context of what’s happening elsewhere and is more evidence that as the planet warms we get more warm records and fewer cold records.”

The lowest temperature ever recorded in Antarctica – and anywhere on Earth – was at the Russian Vostok station, when temperatures dropped to -89.2C on 21 July 1983.