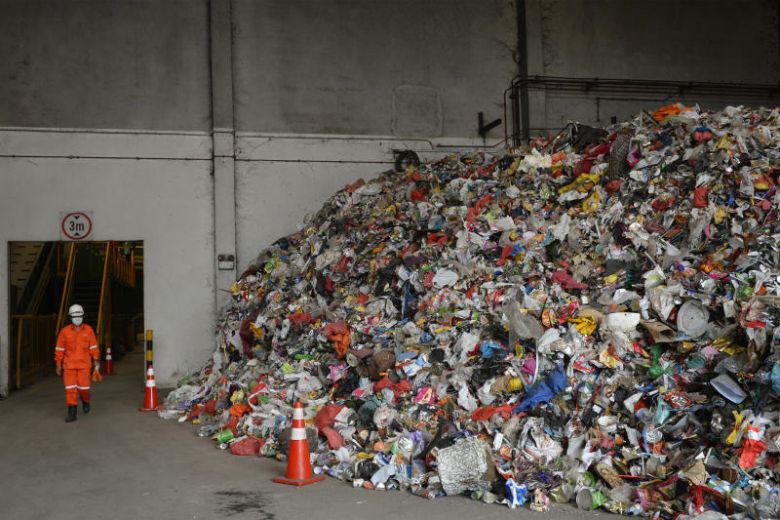 Singapore generated 7.7 million tonnes of waste last year, equivalent to the weight of 530,000 double-decker buses. It is an amount that is not sustainable in the long run, said Minister for the Environment and Water Resources Masagos Zulkifli.

In addition to reducing waste and moving towards more sustainable consumption, adopting a circular economy approach in the way Singapore use its resources is key, he added.

“Our vision is to turn our trash into treasure and reuse and recycle our resources for as long as possible,” said Mr Masagos, during his address on Saturday (April 13) at the public screening of Closing The Loop, a documentary on the circular economy – an economic system that aims to minimise and transform waste into resources.

He stressed that the amount of waste disposed of in Singapore has jumped seven times over the last 40 years and that Semakau landfill is projected to run out of space by 2035.

The Ministry of the Environment and Water Resources’ $45 million Closing the Waste Loop R&D initiative launched in 2017, which funds projects that adopt circular economy approaches, is one solution, he added.

But, at the individual level, more can be done in homes to close the waste loop. He cited composting, a process that converts food waste into a nutrient-rich material that can be used to fertilise edible plants and veggies, as an example.

“If enough of us do this, we can reduce the number of rubbish trucks needed to transport our rubbish to the incinerator. This will reduce carbon emissions and help mitigate climate change. In short, there are immense possibilities to make a difference,” said Mr Masagos.

Organised by Keppel Group in support of Earth Day 2019, the public screening of the full-length documentary saw over 1,000 people turning up at the Eco Lake Lawn in Singapore Botanic Gardens on Saturday.

The award-winning documentary highlights examples from around the world on innovative applications of technology, process improvements and labour solutions to reduce waste and pollution using circular economy solutions.

Keppel Land’s chief executive Mr Tan Swee Yiow, who was present at the screening, said: “A circular economy is beneficial, as it places less demand for natural resources. The Ministry of the Environment and Water Resources has designated 2019 as Singapore’s Year Towards Zero Waste, and this screening is timely, in support of efforts to raise awareness of the need to conserve resources.”